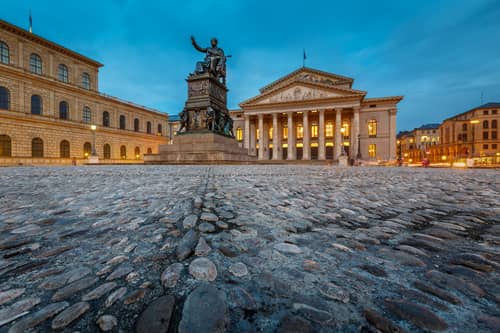 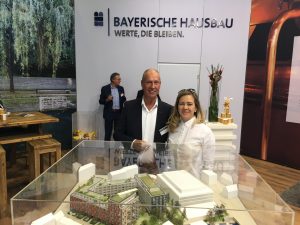 MIM is Munich’s annual local real estate show. This year the exhibition was postponed to an earlier time, apparently due to the early start of spring. This is a time when developers are actively starting new projects and planning future building plot purchases. After negotiations with key players in the new housing market, we noticed that they all agree on one thing: there is almost no land left for building apartment buildings in Munich. We were convinced of this by reviewing project after project at MIM 2017.

A certain number of offers were in the immediate vicinity of Munich. It is assumed that in 5-10 years these will already be urban quarters of Munich. Such offers will suit our clients who do not yet plan to move to Munich, but plan to “settle in the city in 10-15 years. As well as students or young professionals.

Over the past few years, we have received applications for the purchase of apartments for investment purposes, but with an increased income, more than 4%. With the usual yield of apartments at 1.5-3% per year, a higher yield is achieved only by renting apartments by the day. As you and I know, daily rent is prohibited in major German cities, and Munich is no exception. But if the house has a special permit or was originally built for such purposes, then you can get the maximum profitability. At this exhibition, we saw one such project and we are pleased to offer it to you. Profitability of apartments is planned from 4 to 6% per annum. Sales have already begun.

Due to the lack of land for construction, the city gives old objects for demolition. Now we have decided to move the old Paulaner brewery from the city center. The land plot is planned for residential development. The start of sales is planned for September-October 2017. Builds one of the largest construction companies in Munich. The quality of finishes and equipment is high. If you are interested, you can apply through us. The planned cost per square meter is about 9,500 euros.

Of course, at MIM we did not ignore the projects that most of our clients are interested in. These are mass development projects. Neuperlach and Perlach districts for example. The quality of housing is good and the price is reasonable – from 6,200 euros per square meter.

New buildings in the city of Munich are presented here. Of course, not all projects are there, but only the most interesting ones in our opinion. For other projects, you can write or call us.