Munich – it would have been more profitable to buy real estate yesterday!

WiP Immobilien > Uncategorized > Munich – it would have been more profitable to buy real estate yesterday! 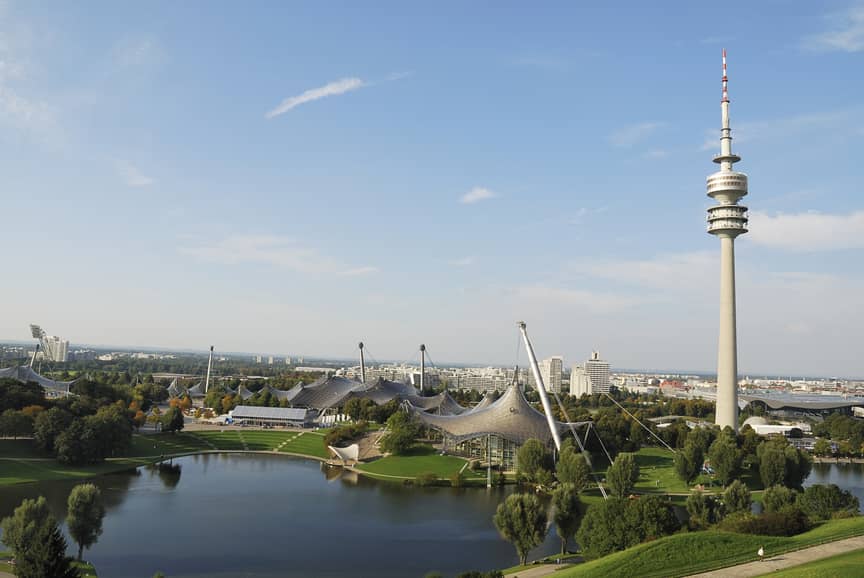 Demand for housing in Munich is no longer as hysterical as it has been in the past two years. Of course, prices in the city itself and in the vicinity of Munich remain at the same high level. And most likely, the situation will not change in the near future.

375 Euro rent per month, in the very center of Munich, excellent area – the price is quite reasonable. But in this case, we are not talking about a successful deal, but only about the cost of renting a place in an underground garage. Renting an apartment of 87 sq.m in the Palace near the Opera, the former Postal Residence, is 4604 Euro per month, utilities are paid separately. The mentioned property belongs to the category of the “craziest” of what Munich has to offer, 53 Euro per sq. m of rent – for this price in Macklenburg you can buy a building plot.

The luxurious building with the famous Klenze portico is a separate topic of conversation. At the end of 2012, the deal of the year took place on the real estate market in Munich. A Russian investor acquired the Residenzpost Palace for 300 million Euros. The most expensive plot, the most expensive apartments, the highest rent – this is often written about in the press lately on the first pages. For ordinary residents of Munich, this turn of events began to cause concern.

The housing crisis worries the mayor of the city, Christian Uhde. At the same time, the Palace at the Opera is of little interest to him. Oude knows that politics is powerless against individual rare cases. Uhde worries that average prices are rising very rapidly, as well as apartment prices in the former working-class neighborhoods (Giesing and Westend) and on the outskirts of the city are already overstepping all bounds. The danger, according to Uhde, is that his city is becoming inaccessible even to people with average incomes. Today, more and more Munich residents spend more than half of their income on housing.

For example, the family of Frank Herrnberger. The architect lives with his wife and two young daughters in a rented apartment. He and his wife are graduates and both work full-time. For a long time and unsuccessfully, the family has been looking for a suitable apartment for themselves.

Very close, not far from the river Isar, a new residential complex Rodenstock Garten is being built. 20 houses, 285 apartments. And although the cost of a square meter on the first floor of a house on a busy street is from 5,000 Euros, and the facility will be built only in the summer of 2015, all apartments have already been sold out. To this, Frank Herrnberger only waved it off: “These prices are not for me.”

2012 brought no relief to Munich. Demand is strong, the market is empty, and prices have nearly doubled in many areas. Inside the Middle Ring, encircling the old city, all parts have long been planned out. “Even in those areas of the city that were never prestigious, the price of real estate has jumped up a lot,” says Helmut Thiele, chairman of the Commission of Expertise. The Commission publishes annually a handbook on the state of the real estate market with official housing prices. Mr. Thiele claims that the commission’s independent land valuation data released earlier this summer is up 20 percent from the previous year. The expectation does not justify itself, according to Mr. Thiele: “The best thing would be to buy property in Munich yesterday.”

Brokers also do not believe in the possibility of falling property prices. Rudolf Dan from Gerschlauer Immobilien believes that demand in 2013 is no longer as “explosive” as in the previous year. It only rarely happens that buyers raise prices, as at an auction. Thomas Aigner from Aigner Immobilien believes that the decay phase has begun. It wouldn’t hurt to calm down. The prices for buying an apartment are 30 times higher than the annual rent. If you calculate the profitability of a rented apartment, then it will not be enough even to cover inflation.

In addition, many buyers forget about additional costs such as utilities, technical support, and an accumulation fund for repairs.

“Investors believe that money invested in real estate in Munich is more secure than in any other real estate,” says Benjamin Huyus from the brokerage office Planethom. Young wealthy heirs, older couples with cash and other savers assume that prices in Munich will not go down for a long time.

We must also take into account the growth of the population, which increased from 2011 to 2013 by 100,000 people. Until 2014, another 50,000 will be added, after which the population mark will reach one and a half million. Some find a job here, others a place of study. The birth rate is also growing.

The state support program “Live in Munich V” plans to invest about 800 million euros between 2012 and 2016 in housing construction, which is 175 million more than the previous time. There is not enough land for new construction, it is necessary to develop new territories. 9,000 new apartments are planned to be built on the site of the former barracks Prinz Eugen, Luitpold and Funkkazarm. Commercial real estate areas such as Togal in Bogenhausen, Agfa in Giesing, Paulaner in Au, Siemens in Sendling, Mailer in Moosach, Diamalt in Allach will not be left without attention – the project activation covers all parts of the city. By 2016, approximately 15,000 new apartments are to be commissioned. And since this is clearly not enough, there are again discussions about the construction of high-rise buildings. The first trial buildings were erected on the former territory of Siemens, 16-storey buildings were built here.

Housing construction is also being carried out on a grand scale in Freiham. The first apartments in the new district of the city will be ready in 2014-2017, 20,000 people will find their cozy home here. Is Freiham interesting for investors? “Almost every area in Munich can be recommended,” says broker Dan from Gerschlauer Immobilien. First you need to carefully familiarize yourself with the area, if we are talking about a new building. After all, the area can become “problematic”.

For the family of the architect Herrnberger, Freiham or Riem are no alternative to the Three Mills district, where the family lived near the idyllic Rocklplatz. The family would willingly move to the outskirts in a townhouse, even with the need for repairs, but not far from the metro station. Participate in the race for the price in the elite areas of the state. Herrnberger has no desire.