MUNICH AS A PLACE OF PROGRAMMED, LITTLE JOYS 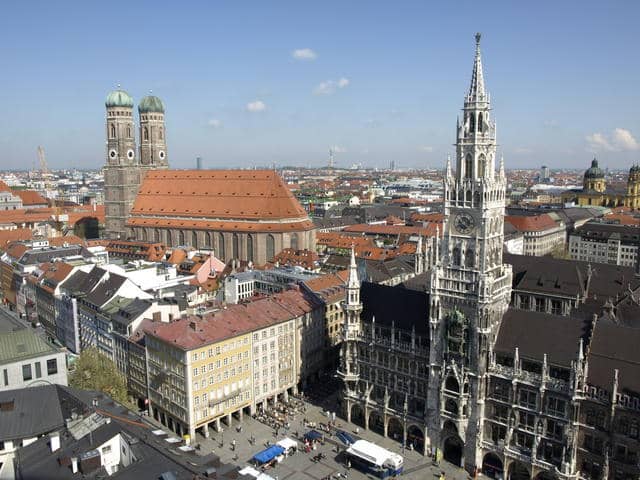 MUNICH AS A PLACE OF PROGRAMMED,
LITTLE JOYS

In the generally attractive German real estate market, experts still talk about Munich with a special breath. In a stable and reliable industry, the capital of Bavaria is considered the “best” in many respects. Prian.ru, together with the CEO of WiP Immobilien GmbH, Regina Borger, looked into the phenomenon of Munich in order to answer the question: who is suitable for real estate in this city and who is not.

We can say that the crisis, which seems to have affected the entire real estate in Europe, did not particularly affect Munich. Over the past seven years, price charts for both new and existing housing in the city have been moving steadily upwards. This growth has become especially noticeable in the last three years. Back in 2011, the average price per square meter in new buildings in the most prestigious districts of the city exceeded €5,000 sq.m., and in the “medium” ones it was €4,000. 600-5700 respectively.

The secondary market is experiencing similar growth. More than one and a half times in seven years, apartments in houses built both 50 and 5 years ago have risen in price.

When we talk about the high standard of living in Germany, it is important to remember that it varies from region to region. The east of the country – the territory of the former GDR – is still, let’s say, average, the maritime industrial northwest is richer, and the south is the most successful. When we talk about the great German industry, we must understand that this greatness is largely concentrated in Bavaria.

There is a lot of work and many jobs in Munich. Annual population growth due to the birth rate and moving to the region is 9,000 people, and only 3,000 are provided with new housing. What this means for property buyers – I think it is not necessary to explain.

The high average standard of living in Munich is determined by education, medicine, and cultural layer. Here, too, you can simply list: the famous LMU – Ludwig-Maximilians-Universität and TUM – Technische Universität München, two medical Universities and developed medical tourism, the largest library in Europe, the famous Pinakothek, 60 theaters, 47 museums …

Munich is a surprisingly green city (a quarter of the territory is a park area), especially for a large business and industrial center. Megacities do not always create “spaces for people”, but in this case everything is exactly like this: parks (including the famous English Garden), neighborhoods immersed in greenery and 2,000 hours of sun a year make the Bavarian capital almost a resort. Except there is no sea.

But near the Alps with their world resorts. From here less than 100 km to Austria, 350 km to Italy, 200 km to Switzerland. And the Adriatic Sea, in general, is not far away, although by European standards 450 km is a decent distance.

Real estate in Munich is called Betongold (in literal translation – concrete gold). The hint is clear: this is a great place for those who want to keep their savings.

But “preserve” or “multiply”? When answering this question, it is worth remembering that in settlements with steadily rising real estate prices, it is rarely possible to receive high income, for example, from renting out. In Munich, there is a tenant for almost any apartment, but it is difficult to earn more than 3% per year under this scheme – the price of housing is too high. That is: whoever seeks stability and liquidity in investments will fully benefit from this metropolis. If your goal is to maximize your deposits, look elsewhere.

As in other cities, Munich has more and less prestigious areas, and not all of them are located in the center. The most expensive are Altstadt, old Schwabing, Bogenhausen, Nymphenburg. The price per square meter here is about €8,000, and the most modest apartments are certainly not cheaper than €200,000…

In Munich, it is difficult to count on financial success with a modest budget. Firstly, because there is simply no frankly cheap real estate here. And secondly, due to the fact that inexpensive (relatively) housing can hardly be called liquid even here.

“One of our clients, who was very persistent, severely protected her budget up to €120,000. We started looking for an option, although we warned in advance that you can’t count on much for that kind of money in Munich. The real option is an apartment of 25-28 sq. m. not in the city center. When a potential buyer arrived in Germany, we showed her several objects, to be more precise – 6 apartments, of different price categories. One of the options was significantly more expensive – € 200,000.

After analyzing what she saw, the client sent a response: “… I came to the conclusion that I am not ready to buy yet. Other money is needed… Of course, the first object is very tempting, but there is nothing there even for €190,000, not to mention €120,000. Buying a tiny attic is, alas, not my choice…»

This is a typical example when expectations and opportunities do not match! For Munich, the situation is not rare, I would even say typical.”

So, Munich appears as a city for life in the broadest sense of the term. Green, with exceptional cultural heritage and rich. And also southern, although not a resort in the usual sense of the word.

The only – but important – limitation… it is expensive. However, given all the above advantages, it could hardly be otherwise.