Mortgages in Germany for foreigners? Issued… 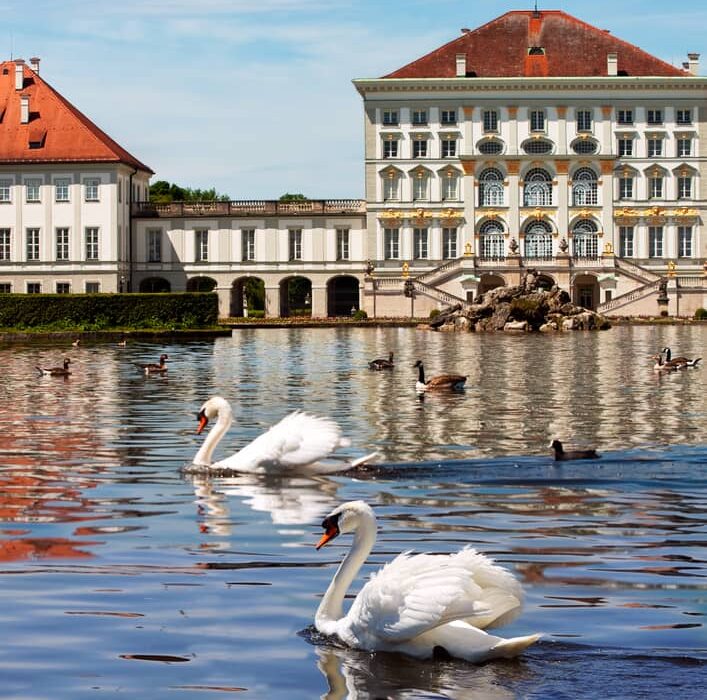 We are afraid of mortgages. There are no official statistics, but realtors say that nine out of ten clients from Russia who are considering buying a home do not initially think about a mortgage in Germany. Either they do not trust banks, or they are afraid to get into bondage. In vain! What is “Mortgage in Germany for foreigners”?
FACTS-2018 – MORTGAGE IN GERMANY FOR FOREIGNERS.

Yes, mortgages are issued in Germany. And more and more active. The annual growth in the level of mortgage lending in the country is about 4%. In 2016, the volume of issued mortgage loans in Germany amounted to €231.6 billion. This is a quarter more than in 2009. Germany is the largest mortgage market in the EU after the UK; when Brexit is over, it will become the largest.

Mortgages in Germany are usually issued at a fixed percentage, which is fixed for 5-10, and in rare cases for 15 years. Loans with a floating interest rate are not popular in the country: they are 1% in total (in the UK 72%, in Spain – 75%, according to a Research Gate report).

Now it’s good. Why? A floating interest rate is beneficial to the borrower when it starts to decline – the longer the better. In Germany, the change in the floating rate is carried out on the basis of fluctuations in the European Interbank Offered Rate (EURIBOR). But at the moment it is at a very low level, and there is nowhere for the floating rate to fall, only to grow. And it will obviously begin to grow, the question is when exactly.

From 2009 to 2018, mortgage interest rates in Germany fell by 40%. Now the average rate is about 1.65%, but it is better for the Germans themselves to be guided by this figure. Foreigners receive loans on less favorable terms. “For example, this year we received loans for our clients at 1.83–2.06%,” says Regina Borger.
Regina Borger, WIP Immobilien GmbH: Mortgages in Germany for foreigners.

“Low mortgage rates lead to paradoxes. In Germany, one of the important players in the mortgage market is Landesbank, which, through government assistance, traditionally provides more favorable conditions for poor Germans, single mothers and fathers. So, in recent years, the number of people who applied to this organization for a mortgage loan has decreased – conditions in ordinary banks have become more attractive than preferential ones from Landesbank. And the allocated funds became unclaimed, which led to a glut of funds. Now they have started issuing loans at 0.5–0.8%.”

In Germany, the loan-to-value ratio (LTV) is the lowest in Europe. According to this indicator, stricter rules are only in South Korea, where the maximum cost of a loan is 75%. In Germany, it can be 80%, but only for residents. If you do not work in the country, then the maximum that you can count on is 60% of the property value, but in reality – half.

The question of whether or not to take out a mortgage in Germany is partly emotional (if you don’t like living on credit in principle, nothing will convince you), but mostly economic and mathematical. In simple terms, by investing €100,000, you can make a 200,000th investment and make a profit of 2 times more from the invested €100,000.

Conditionally: taking a loan for €250,000 at 7-8% per annum (such rates were 10 years ago), you will repay about €17,000 annually (excluding the loan body). Having received a mortgage at 2% – only € 5 thousand. The calculation is rough, even very, but in this case it is important to understand the order.

Communication with the bank

The interest rate and loan amount depend on two factors. The first is your ability to pay, which will be assessed according to the submitted documents. The second is the state of the object. The minimum amount that can be received depends on the particular bank and the place where the housing is located.

“The option in Munich and its environs, where it is very difficult to buy “the wrong thing”, will be considered more willingly. On the other hand, in Bavaria it hardly makes sense to apply for a mortgage of less than €100,000. Most banks do not even bother with such figures, but in general they issue loans only from €250,000. But, I repeat, this is a Munich story. In northern Germany, the situation is different.”

There is no official confirmation that Russians or citizens of other countries have recently been denied mortgages when buying a home. Single examples and the hype around them only confirm that there are no mass failures. They were before, they are now. What has definitely changed is that banks have become more picky, more often request additional documents.

It is worth contacting several banks, especially since they have about the same set of documents. The initial set: a 2-NDFL certificate translated into German, a passport and documents for the property being purchased. Of course, it is good if you have a positive credit history. You will also have to fill out a questionnaire to show how you will repay the loan with current income. The bank will begin reviewing the request and will almost certainly require additional documents from you. And do not flatter yourself until the contract is signed.

“My advice: provide exactly as many securities as the bank requests, no more and no less. You will conduct the initial communication with the credit institution in absentia – usually by e-mail. Only when signing a financing agreement is a visit to the bank with a passport required,” says the specialist.

It usually takes four to six weeks for the bank to process a request, but no timelines are guaranteed. In case of refusal, the bank will inform about it by phone. Even if he sends a written answer, under no circumstances will he indicate the reason.

Do you need a partner

Why do they usually turn to a partner to get a loan and what is his mission? The main problem with the first contact is that the bank does not know you. So, a loan refusal is more than likely. Appeal through an assistant is designed to “melt the ice.”

“Banks know us, and not only as buyers of real estate, but also as a management company. We are developing, last year we received four more houses for management. Two of them had accounts opened in banks with which we had not worked before. Accordingly, now two more organizations know us from the best side. And when a request from a client comes through us, and the bank understands that we will also control mortgage payments, there is complete confidence.

We cannot guarantee that the bank will give a loan. If one bank refuses, we turn to another. Each client has received a loan from us.