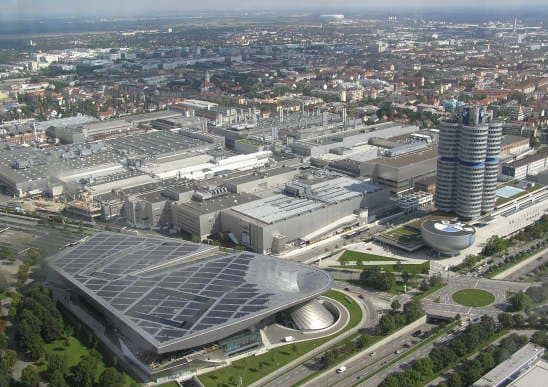 In the first quarter tenants such as Brainlab in the exhibition city of Riem and temporary contracts from Bay-Wa in St. Martin set the tone. In the second quarter, the largest number of office leases were on average between 1,000 m² and 5,000 m². In the last 3 months alone, 36 contracts were concluded for a total area of 70,000 m².

When compared to major real estate markets in Europe, Munich has the lowest vacancy rate. Over the past 12 months, this quota has decreased by another 20 points, i.e. by 5.8%. North of the Old Town in the direction of Schwabing and Bogenhausen, this quota is 2.2%, as low as in any other area of Munich. Many vacant premises are found in the southeast, where 6.4% of the area is offered for rent. The same picture is observed in the southwestern part of the city, where the number of vacant premises was 9.2%.

In both of the aforementioned parts of the city you can find large areas for rent, but the demand for them has fallen because the buildings do not meet modern standards. In more remote areas, the vacancy rate is consistently 8.1%.

In the second half of the year, an additional 104,400 m² of space will be added to the office real estate market, so that, including the new building, the total area of office space will be 212,300 m². Of these, 70% have already been leased or occupied by owners. The biggest new builds in the second half of the year include the “arabesque” in Arabelapark with over 26,000 m² of floor space and the “Mona” next door to the Olympic Trade Centre. Office space accounts for 11,000 m² of the total leasable area. In the fall, the second NuOffice site, which has already been rented out, will be completed near Schwabing.

Outside the city, the picture on the real estate market is changing towards a decrease in dynamics. In the western suburbs, a small plus could be registered, while in the northeastern suburbs, in which communities such as Aschheim-Dornach, Unterföhring and Ismaning are located, a relatively high turnover capacity of 34,400 m² was achieved. Although the share of office real estate in the total real estate market (21%) was much higher than in the previous quarter (18%), it is, if considered over the years, at a level below the average.

Leasing of the premises that are still in the project, as well as those that are still under construction, gave 16% of the turnover. And 9% fell to the share of those areas that were rented for the first time. The rest of the areas, namely the vast majority (75%), were rented from stock real estate and from among the refurbished objects.

A large number of lease agreements within the “Old City”, as well as a further decrease in supply in the central parts over the past 12 months, have led to a new increase in rent. In general, in the real estate market, the nominal office rental fee is 15.79 € per m², which means it is 8.5% higher than last year. Continuous rent increases since mid-2010 have brought rents to their highest levels since 2002.

The increase in rent is observed exclusively within the city, where the price per m² of office space in the first half of the year was 17.01 €, while the rent in the outskirts is 9.77 € per m² (4%), i.e. slightly decreased.

Most of the leased area, namely 65%, has reached a payment of 15.00 € per m². In the segment with high pay, starting from 20.00 € per m², 14% of the space was leased. Last year it was only 11%. The development of prices for rental premises is in the direction of “adaptation” to the market, and in this sense, prices remain stable, so one cannot speak of a threatening “collapse” of prices in the city of Munich.

The same scenario is observed when analyzing prices for renting Lage 1 A premises (location “TOP – premium +”). In the middle of this year, this figure was 34.50 € per m². This is 10% higher than a year ago. Over the past 12 months, 21.700 m² have been rented out, of which 10.100 m² of space at a price of over 30.00 € per m². This leads to an increase in the average and high fees, especially in the central areas of the city. Spaces that meet modern requirements and are located in the city center will be in great demand. This allows us to expect that the rent for office space will continue to grow.

In 2013, the real estate market for office space in Munich developed relatively calmly. But in the first 6 months of 2014, it started moving again. Economic conditions confirm the fact that the growth of market dynamics will not stand still. Despite this, many tenants pursued a “wait and see” policy. Although searches for new space have increased slightly, they have not yet reached the level of 2010.

In the second half of 2014, the market acquires a new momentum and has a better performance than in the second half of last year and the annual result will reach 550,000 m². This would be higher than last year, but lower than the result of the ten-year cut, where this figure was 615.000 m².