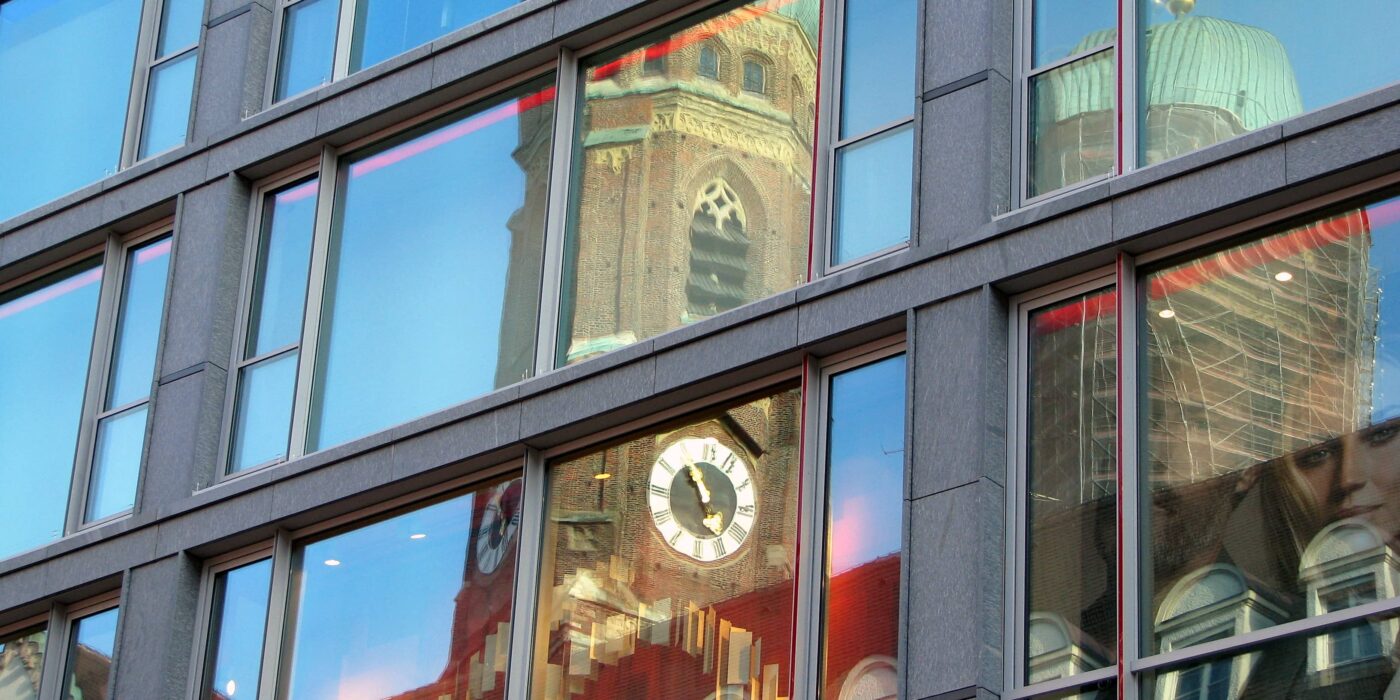 “Many people in Munich don’t know where to put their money.

There is construction on every corner in Munich, like the Arcada Shopping Center in Pasing. But who can afford to buy a new home at the prices they are asking for today? Over the last ten years property prices in Munich have increased by 141%! A square meter today costs 7,070 euros – and that is the average price.

We talk to Mr. Rudolf Sturzer, chairman of the “Society for the Protection of Owners’ Rights”, about this and much more. 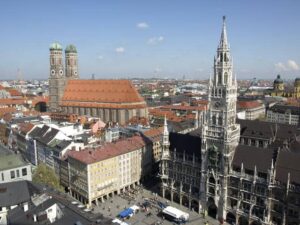 Munich.  It has long been an open secret, but one can still only throw up one’s hands when looking at the constantly rising prices: Whoever wants to buy an apartment in Munich has to pay double what they would have paid ten years ago. According to immowelt.de, the price of property in Munich has risen since 2008 by 141 percent to €7,070 per square metre. That is the average price.

For new buildings in a sought-after neighborhood, developers are asking and 16,000 euros per square meter and even more. In this Munich is beyond competition, the remaining 13 cities in the country lag behind. However, on the heels of Berlin (129 percent increase in cost), but in Cologne, prices are in no hurry to soar to the sky – they rose “only” by 68 percent.

Should the average citizen of Munich even bother buying real estate? Who can afford such luxuries? We talk about this with Mr. Rudolf Sturzer.

The experts are certain: “Prices will continue to rise.

AZ: Mr. Sturzer, from 3,000 euros per square meter to 7,000 euros – and that’s in ten years. Will this whirlwind of rising prices ever stop?

Rudolf Sturzer: No, I don’t see any reason for that.

AZ: What makes you so sure?

RS: Thousands of people every year want to move to Munich. And those who live here have enough money to afford to buy more and more spacious and comfortable apartments. On average every Munich resident wants to expand by a quarter of a square meter per year. This is helped by the fact that, since 2008, people are no longer frightened by the financial crisis.

This is the increase in real estate prices in Munich and other German cities.

AZ: In addition to the increase in real estate prices?

RS: That’s right. But at the same time, nobody has failed yet, unless, of course, they behave very foolishly. And one more thing: we happen to have low interest rates. You can get a 10-year mortgage loan super cheap, with an interest rate of only 1%. And 10 years ago the interest rate was 7%, 8% or even 9%.

AZ: Give an example, please.

AZ: . . but you have to pay twice as much for the apartment.

RSH. Right. But in the long run it pays off. That’s because prices will keep going up.

AZ: Why do builders ask such incredible prices for new buildings?

RS: First of all because land prices are going up: half the price of a 500,000 euro property is the price of a building plot.  Also, building regulations are getting more complicated and there are more demands on energy equipment. And we should not forget Munich’s typical characteristic: Munich residents have a lot of money and want a lot of comfort.

RS: … exactly, as well as spacious rooms, elegant terraces and balconies. If the builder offers ordinary laminate flooring, most buyers turn their nose up at it.

AZ: And why are apartments in houses built in the 1960s or 1970s so obscenely expensive?

RS: Probably because the owners invested a lot in their property before selling it.  The most common average renovation increases the value of an 80-meter apartment by 150,000 euros.

AZ: Which Munich neighborhoods have benefited the most?

RH: First of all the central ones, of course. But it’s not even the neighborhood as a whole that counts most, but a particular block. Apartments that face big streets are not in great demand, as well as apartments without balconies, mini-apartments. The most requested, even by singles, are spacious one-bedroom apartments facing quiet streets, preferably with a beautiful view of the greenery.

AZ: Who of those who bought apartments in 2008 benefited the most?

RH: Those who invested in 120 sq. m. apartments in townhouses and two-family houses in the Trudering, Zolln or Obermenzing districts. They paid 400.00 euros for them then, and today they can sell them for 900,000 euros. The gain, as you understand, is half a million. And for those who have lived in this house for 10 years, this gain is not tax-deductible.

AZ: How justified will be investing in an apartment today which costs a lot of money?

RS: It is quite justified, but only if you can afford it. After all, the rents for apartments will go up all the time. It’s always better to own a home that no one can deny you, even if your income decreases, as in the case of retirement.

AZ: What can a single person with an income of, say, 3,000 euros net per month afford?

RS: We recommend taking a long-term loan of 15 to 20 years and paying back 3 to 4 percent of the amount.

AZ: Then how much does he pay every month?

AZ: Is there any risk?

RS: You have to go to an unreliable intermediary. There are people, they calculate to the client a short loan term of 5 years – with 0.8% interest, and only 1% repayment per year, it looks very profitable. And this buyer pays only 375 euros every month. But it could end up selling the property at public auction.

RS: Because you have 90% of the debt after 5 years. And if the interest goes up by only 1%, you have a double monthly burden. Anyone who can’t afford 3% to 4% repayment should be wary of such transactions.

AZ: Can you calculate an example for us for a family?

RS: Presumably, the parents are about 40 years old, both working and receive about 5,000 euros net for two. There are two children in the family. And the mother inherits 150,000 euros.

Then they can look for an apartment in a new building of 90 square meters in the area of Sendling or Au for 750.000 euros. If they take out a 15-year loan with an interest rate of 1.5%

plus 3% payments, they would have to pay a rate of 2,250 euros per month. This is for the first 10 years more than if they had to pay rent for the same apartment. But over time the burden would be less, while the rent would increase all the time.

AZ: Wouldn’t it be more profitable to buy an apartment in an old house?

RS: You have to be more careful with old houses. They’re a great convenience: you see in advance who your neighbors are going to be. But what if the HOA meeting decides that the roof needs to be replaced? And each part-owner has to invest 20,000 euros in the venture? Before buying you should check the technical condition of the house as well as the protocols of residents’ meetings so you can find out if there are any stubborn disputants among neighbors who might spoil the whole pleasure of living.

AZ: Can you give some advice on what it is better to invest in now?

RS: An apartment in a house for four or five or six families in a green neighborhood in areas like Zolln, Trudering or Großhadern. In the future these will be very sought-after properties, much more so than high-rise buildings in densely built-up neighborhoods.

“FOR INTERNATIONAL INVESTORS, MUNICH IS A GOOD INVESTMENT

AZ: In Munich there is a growing concern that investors may lose interest in building, because the exorbitant housing prices are barely covered by the rents charged. How do you deal with that?

RH: I think that doesn’t make sense. If there is room to build on, they will occupy it and build on it. In Zurich, London, Paris and Rome they are asking three times as much for real estate – investors see this as a global process, for them Munich is still a good investment. And do not forget, many individuals in Munich have no idea where to invest their money. If they don’t figure out what to buy, they start renovating their income houses. That’s why it’s so hard to find a skilled worker.

AZ: Recently, voices have been heard again in support of changing land laws so that the state would have the right to take away some of the land profits from the owners.  What do you think about this?

RS: This is not consistent with our notion of ownership. Besides, owners of expensive real estate in Munich already pay enormous taxes: first the land purchase tax, then the land tax, after that the income tax and the income tax on the rental income. And with gifts or bequests, the state earns a lot. I find that in this situation, the owner should not hide or be ashamed of anything.