Despite the fact that Munich residents complain about high housing prices, there are still rapidly developing neighborhoods. A typical example is Westend. For years, the former working-class neighborhood has been working toward its new “W-Quartier” status, opening daytime bars, clubs, pubs, and galleries.

Munich’s Schwantalerhoe is one of the most densely populated parts of the city. Despite the changes that have taken place in recent years, the area has retained its special, inherently Schwantalerhoe flavor.

Even if Munich residents complain about high housing prices there are still rapidly developing neighbourhoods. A typical example is the Westend. For years, the former working-class neighborhood has been working toward its new “W-Quartier” status, opening daytime bars, clubs, pubs, and galleries. 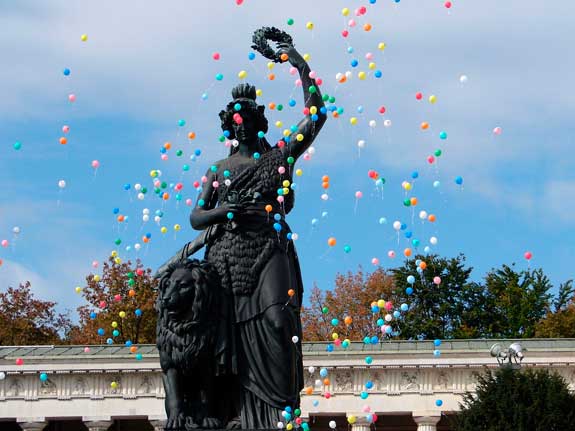 And while there has been a lot of change, the neighborhood manages to retain its special, inherent flavor.Of course, the prices of its own homes and their rents are in line with urban trends. The prices in the old Hollierstrasse and Astallerstrasse have increased by about 20 % in the last five years. The interested party has to pay more than 4,500 euros per square meter.

The Schwantalerhoe district has long been marked by the sign of change.  For a long time, the extensive cooperative settlements of the 1900s defined the main picture of the neighborhood, but more and more modern apartment buildings and squares are emerging, above all in the area of the former fairgrounds.

Over the past 30 years the economic structure has also changed and with it the appearance of the district, which has a certain flair and charm of easy city life: The hustle and bustle of the capital does not reign supreme here, but this part of Munich can by no means be called provincial either.

The sights of the Westend-Schwantalerhoe include the brick building of Munich’s oldest brewery Augustiner Bräu, the former main customs house with its imposing glass dome, the Hackerbrücke Bridge with its unique view of Munich Main Station and the historical city center, and the monumental, curved glass facade of the Theresienhoe. The Bavaria Park as well as a number of small park areas take care of the greening of the densely built-up area.

In 2006, the redesigned Georg Freundorfer Place won the Living City Award for the best playgrounds and leisure facilities in Germany.

The district covers an area of approx. 207.02 hectares and has a population of approx. 30,083. This makes it the second most densely populated district in the Bavarian state capital. The district has 32 childcare facilities. Two elementary school, a secondary school, a lower secondary school and a trade school are included. About two-thirds of the jobs are in public services, trade and public administration.