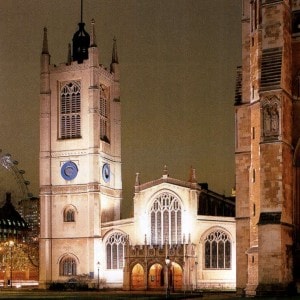 Sendling is one of Munich’s most memorable neighborhoods.  The rocky beach of the Isar Flaucher is a favorite spot of the city’s residents, where in good weather old and young come for a picnic with a grill, where you can swim and bask in the sun. Sendling is characterized by very dense residential buildings, historic churches like the famous parish church of St. Margaret. And Sendling Central Market is Europe’s third-largest fruit and vegetable market.

Sendling inherits its name from a village first mentioned in chronicles in 782. At that time, the settlement was called Zentilinga. The old village center of Zendling with the church of 1315, the cemetery and the former peasant plot on the corner of Lindwurm and Plingans Streets has survived to this day.

Zending is a bustling neighborhood. Almost everywhere is crowded and noisy. This also applies to Flaucher, which got its name because of the hotel “K Flaucher”, opened in 1870 by Johann Flaucher. On its site even today stands a cozy pub with a garden. People of all ages gather on the bank: there are students and senior citizens, families, co-workers, in a word, everyone who wants to spend a weekend grilling a juicy steak on the bank of the river. The pleasure is given to adults and children who have a wonderful opportunity to frolic in the water. But often you have to look for a free spot, so many fans gather by the river.  There is a free and relaxed atmosphere, no one will be bored, that’s for sure.

District Sendling built more densely than many other areas of Munich, there were built apartment blocks and cooperative buildings. Many of the houses were built in the early 20th century and in the period between the world wars. In the streets of the district you will find many well-preserved and modernized over the last decades old houses with typical Art Nouveau facades. But the green oases, such as the area around Neuhofener Berg, are not to be missed.

Munich’s Central Market is one of the largest food markets in Europe and is made up of several large buildings. Wholesale food and flowers are sold here, the market does not cater to private customers. It is an important employer of the area and the market even has its own transfer railway station.

A remarkable historical site in Sendling is St. Margaret’s Church. Interestingly, there are two churches with that name in the area. The old parish church in Unterzendling was destroyed during the Bavarian uprising (called the Deadly Christmas) against the imperial army of Kaiser Joseph the First in 1705. The Church of St. Margaret, which we see today, is a late construction. But the tower of the historic St. Margaret’s Church also survives. Opposite it is a monument to the Blacksmith of Kochel, who, according to legend, took part in the uprising, repelling the blows of the enemy with a huge ponderous stick and who fell last in the battle.