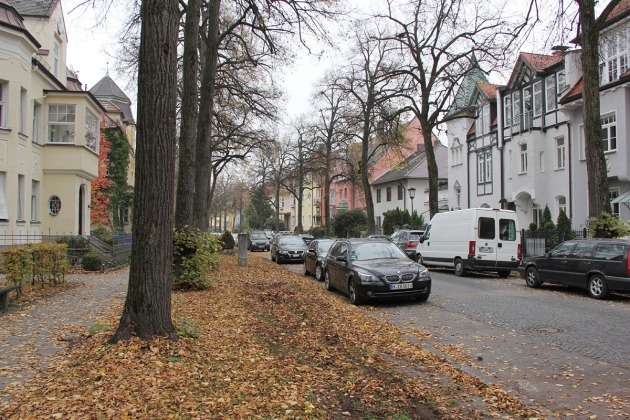 Neuhausen is a very versatile, well-maintained green residential area: the civil and proletarian history of the Bavarian capital of the country are intertwined here in the most intimate way. Neuhausen belongs to the pleasant and cozy parts of the city of Munich with numerous restaurants, snack bars, beer gardens, making up a slightly relaxed and calm atmosphere, in stark contrast to the atmosphere of the capital city center. Not far from here is the Olympic Park, Nymphenburg Castle, the famous Vintir churches and the Church of the Heart of Christ. Vintir Church with its romantic cemetery is the old parish church of the former village of Neuhausen, while the Church of the Heart of Christ draws attention with its modern and unusual architecture. The face of Neuhausen’s historic center is defined by pre-World War I residential buildings, many of which can be found along Nymphenburgerstrasse and Rotkreuz square. Already at that time, the area was considered prosperous. Old houses also dominate the quiet surrounding streets of Neuhausen. Almost half of the housing stock of the district is under the protection of the Committee for the Protection of Cultural Monuments. In the southern part of the district, near the railway tracks, along Arnulfstrasse, there were large settlements of railway workers, which became part of the district in the period between the wars. In general, Neuhausen is a very green area. Even such a busy thoroughfare as the Landshuter Alley is framed by large trees. Gern is located north of the Nymphenburg castle canal. This part of the area is famous for its Art Nouveau villas. The neighboring part of the district, Niederling, is also built up with low-rise single-family houses, but Niederling is much younger than Gern, partly this part was settled after the Second World War. 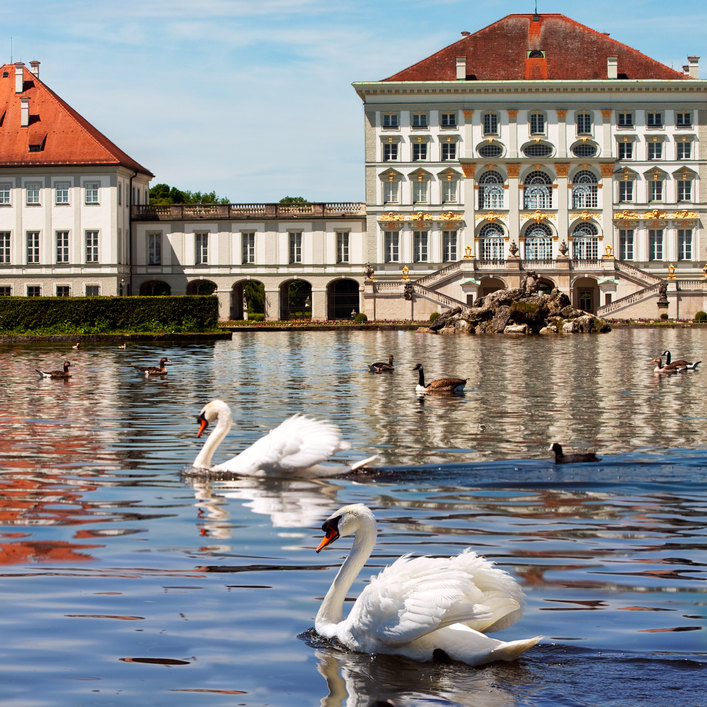 Living in Nymphenburg is a dream. For many, it is impossible: renting or buying an apartment in this area means moving under the shadow of the royal house of Bavaria. That lucky lucky man who bought an apartment directly in the aristocratic wing of the palace, which is under the protection of the state, does not need his own garden. He starts and ends his day with a walk through the magnificent garden of Nymphenburg with its luxurious flower beds, ancient statues, tennis alleys, canals and fountains. What difference does it make if this garden belongs to you personally? You are the godfather of the king. Housing prices in the area have increased by about 20% over the past three years. Lots close to the castle and historically significant buildings are in demand, which are located on both sides of the Titianstraße, creating the atmosphere of an old English town. The price of such houses, located on Wilhelm-Düll, Kratzer or Böcklinstraße, can exceed 4 million euros. Apartments located in the park area of Nymphenburg Castle cost up to 18,000 euros per square meter. And forecasts for the future “encourage” us that in the next 10-20 years the cost will double. Private land plots are rare here and their cost reaches 3,000 euros per square meter. Houses on some streets of the district, for example, Guterberg Strasse, very rarely offer apartments for sale, here you can play for an increase in value of up to 75%. Less exclusive buildings are located in the area between the Nymphenburg Park and the Friedenheimer brücke. 10,000 people will soon be living and working in this area of new buildings. Mostly young wealthy families with children buy and rent real estate here. The name of the quarter Schlossviertel (castle quarter) sounds pompous, while the architecture is rather monotonous. There are practically no playgrounds, and lawns and ill-conceived benches do not cause a desire to relax. In addition, the main railway line passes by the area of new buildings, and on weekends, traffic near the new sports grounds does not stop even for a minute. In recent years, apartments in this area are sold very slowly. Today, developers are taking advantage of the high demand for real estate in order to significantly increase the price in some cases. The advantage of the Hirschgarten quarter: cute Bavarian taverns and, of course, the Royal Bavarian beer garden – one of the most beautiful and favorite beer gardens in the city. In addition, the Hirschgarten railway stop has been operating since December. To get from it to the city center, you need only 5 minutes.