Mosach is a neighborhood with diverse offerings.  Here you will find one of Munich’s most interesting residential complexes, the Borstein, built in 1924-1929, the convenient Olympic Shopping Center.

St. Martin’s Square and Pielkoven Castle are the cultural center of the neighborhood, which also houses the high-rise building Uptown Munich, the second tallest building in the Bavarian capital. Mosach is popular among the citizens of Munich not least because of its proximity to the city center and the excellent transport links.

“The district has a diverse face. The blocks around the Dachauerstrasse are characterized by massive buildings; the most noticeable building is 146 m high Uptown Munich in the Georg Brauchle Ring, after the Olympic Tower – the second tallest building in the Bavarian capital. It is the second tallest building in the Bavarian capital after the Olympic Tower. There are no plans for any further construction in the near future, as the imposing high-rise has been widely criticized as spoiling the cityscape. And not far from Hartmannshofen there are numerous nice single-family houses, buried in green gardens. Mosach is not without its greenery – apart from the small gardens and squares, the beautiful Olympia Park and Nymphenburg Castle Park, Hartmannshofer Forest and the Kaputsinerhölzl nature conservation area are also responsible for the “light breath”.

Munich’s most interesting residential area is undoubtedly named after the architect and businessman Bernhard Borst.  Its 77 townhouse-style houses house 770 apartments. The neighbourhood resembles a siege castle, but the beauty and charm of the neighbourhood can only be appreciated by walking through its inner courtyards, where you’ll find small sculpture gardens and cosy cafés.

In total, approximately 2000 people live in Borstay. Another feature of the residential quarter – the atmosphere of art, permeating all of its space. Many statues, murals, sculptures, and romantic wells fill it, and several contemporary artists have opened their ateliers here.

Borstay is also the Botanicum, where, among other things, palm trees and olive trees grow.  You don’t have to leave the neighborhood to go shopping, because the street of stores for all tastes is right here. Borstay even has its own museum, where you can learn all the details of its history, beginning in 1929. 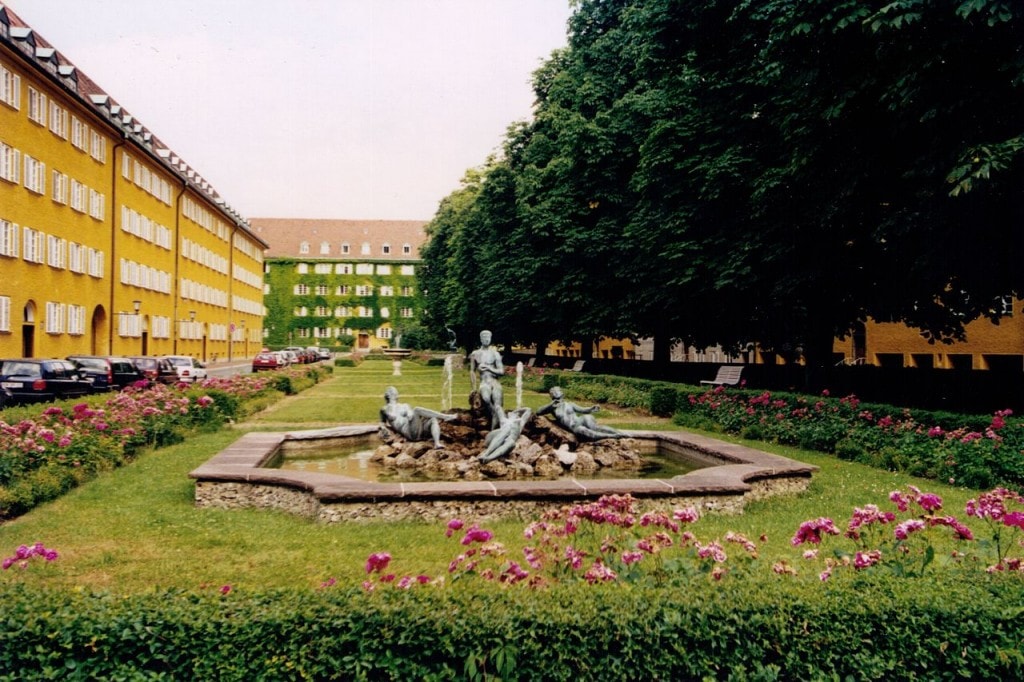 The Olympic Mall can hardly be called an ornament of the city, but its value cannot be underestimated: about 140 stores of various purposes are waiting for their customers from morning till evening on the territory of this center. All lovers of a pleasant day of shopping know and love the Olympic Mall. If the weather doesn’t allow you to go for a walk in the fresh air, you should come here and without procrastination buy all the necessary household items, combining useful things with pleasant, meeting with friends in the café or restaurant of Olympic Center.

The shopping center was built in 1972, at that time it was the largest of its kind in Europe