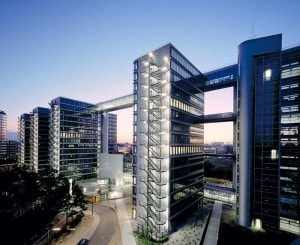 Berg am Lime is one of those Munich neighborhoods whose charm you don’t recognize at first glance. It is surrounded by large, modern housing estates, but has retained its historic center with old buildings and the church of St. Michael, one of the most beautiful churches in Munich.  The Kulfarbrick offers all kinds of entertainment for the whole family during the day and a diverse club life for the nightlife friends.

The district of Berg am Lime has been characterized by block construction since the Second World War, when blocks of flats were erected to quickly house those who had their houses bombed out in the city. What reminds us of the former village are the old buildings that have survived to this day in the center of the neighborhood, which form its core.

The proximity to Munich city center and the excellent infrastructure are not the least of the reasons why the area is becoming more and more desirable these days. Single-family homes predominate in the eastern part of the neighbourhood. There are more and more businesses in the service sector looking to develop in this part of town.

The gigantic glass-and-concrete complex Ten Towers on Dingolfinger Berg am Lime employs more than 3,000 people. The building’s five twin towers are connected by glass bridges. Many publishing houses, such as Random House, are also located in the Berg am Lime neighborhood. A characteristic feature of the neighborhood is the Maybug housing development.  Built as part of a social project, it is a beautiful residential neighborhood with beautiful green areas after its renovation in recent years.

If you stroll along the main street of Berg am Lime Strasse you won’t be interested in fresh air, but instead in many quiet, green parks such as the squares around the Pius-Platz.
The Eckhardinger Scherbengarten (a small park restaurant in this garden is also not to be missed). The park areas, among them the Michaelanger Garden, are interesting all year round for both children and adults and offer a great sledding experience. The Bechpark on Baumkirchner is Munich’s smallest and most comfortable park. And anyone interested in floriculture will be very interested in the Rose Garden. In the summer, concerts and theatrical performances are held on the Freilichtbühne stage.

A great place to relax is the Michaelbad, a water oasis in the city. Here you will find two swimming pools, fitness rooms, saunas, steam rooms, a sanatorium, and plenty of opportunities to spend a good day for the whole family.