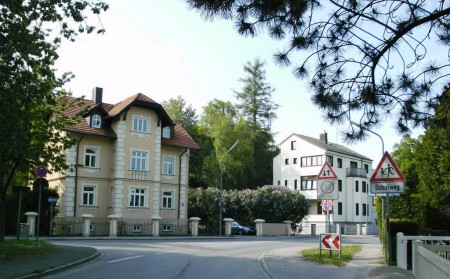 The district Allah lies in the northwest of Munich. It belongs to the oldest districts of the Bavarian capital, which received the status of an autonomous community. Good location: the district borders on the suburbs on one side and the central districts of Munich on the other, making it attractive for those who want peace in the evenings and need to quickly get to work in the morning. For the most part, families with children fall into this category. And the place is not the last plus of Allah, which is worth mentioning. There are many gardens, playgrounds, places for walking and recreation. Allah was previously a village that arose around the Cathedral of St. Peter and Paul. To this day, houses built in ancient times, preserving the unique style of the Bavarian village, have been preserved near the cathedral. You will also find numerous farms in the area. The architectural “face” of the Allah district is formed by detached houses for one or two families, rows of buildings in the townhouse style. Intensive construction has been carried out here since 1948. And only to the south of the quarters of Angerlohe and Allahe Strasse were erected apartment buildings. Construction does not stop even now, ten kilometers from Marienplatz, new adjoining single-family residential buildings and townhouses are being built. Demand is not yet satisfied, and the need for such housing is quite large. After property prices have remained stable for a long time due to increased demand, prices have clearly increased in the area as well. The price of one- or two-family houses is on average 630,000 euros. Only on Everburgstraße, or in the immediate vicinity of the railway, houses already cost from 320,000 euros. The move of the Paulaner Brewery from Haidhausen to Langwied could bring some changes. But investors should not count on constant price increases. The biggest problem of the quarter is the connection to public transport, especially in the northern areas of development. This fact can be attributed to the temporary minuses of the region. But if you have a car at your disposal, then the problem with transport is solved by itself. To the east of the A 99 ring road and to the north of the A 8 Munich-Stuttgart highway, the area still has significant resources of potential building space. 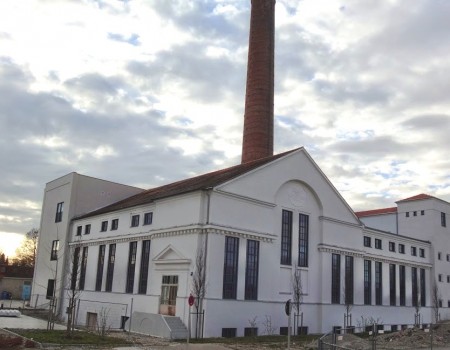 Untermenzing is a beautiful area on the Wurm stream on the northwestern outskirts of Munich. It is ideal for families with children. In recent years, it has become increasingly difficult to find decent housing in the center of the capital of Bavaria, which could be paid for without a significant impact on the family budget, especially for couples with children. Therefore, many expanded the boundaries of the search. The districts of Allah and Untermenzing benefit from this trend. After the Second World War, refugees found shelter here, later there were residential settlements of large enterprises such as Krauss Maffei. At present, on the northwestern city outskirts, ten kilometers from Marienplatz, new multi-family houses are being built again and again. Today, the Untermentsirg is, first of all, a successful combination of urban style with a rural idyll, the main type of buildings here are houses for one or two families, townhouses. There are many kindergartens, schools, libraries, sports facilities, shops, pharmacies and medical offices in the area. Convenient transport links, bus lines, as well as the S-2 train towards Peterhausen will help you quickly get to any part of the city.